An Indian puffed up bread made with whole wheat flour. 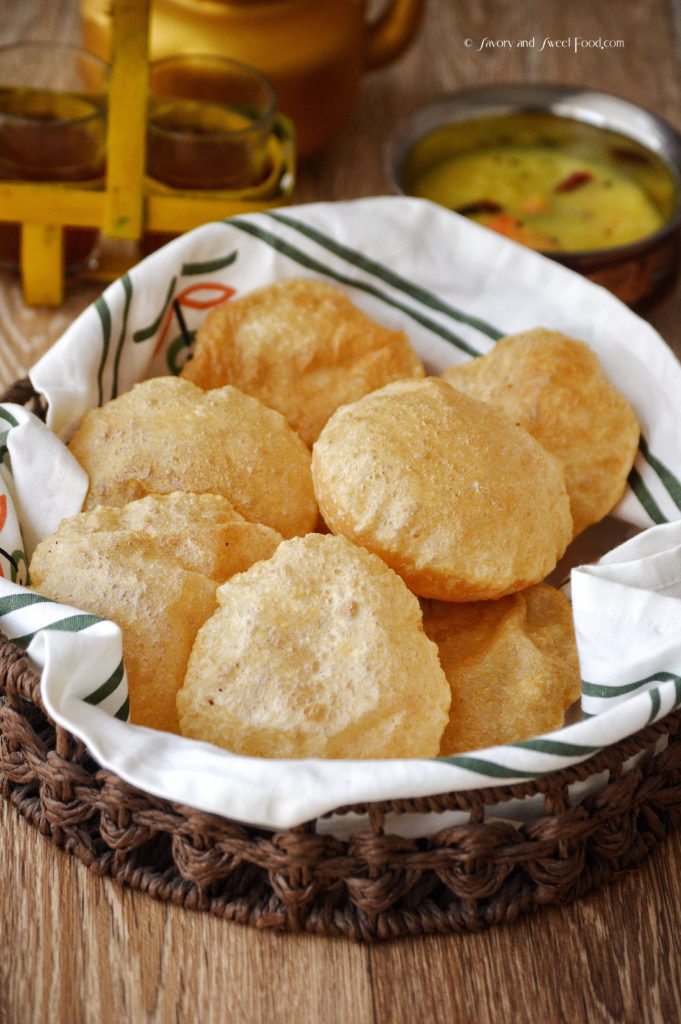 Hey all! Here is the recipe for perfectly puffed up poori. It took me really long to post this recipe and there is a reason for it. Few months back I had posted an Instagram story of me frying puffed pooris.. And I got a lot of dms asking to post the recipe. 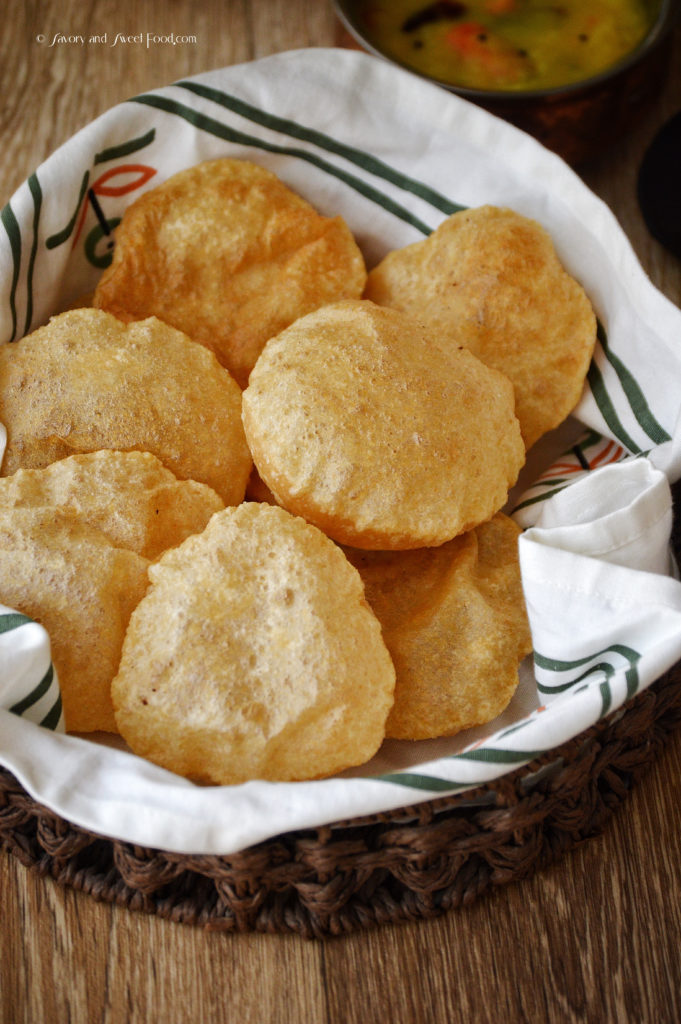 But for some weird reason, whenever I make poori for the blog, it either doesn’t puff up, or turns out to be very hard. Then I stopped making poori for sometime, haha. Two weeks back I tried again using my mom’s tips and tricks and it turned out perfect. I quickly noted down the exact measurements and made it twice and success, I could get soft, slightly crisp and fully puffed up poori. 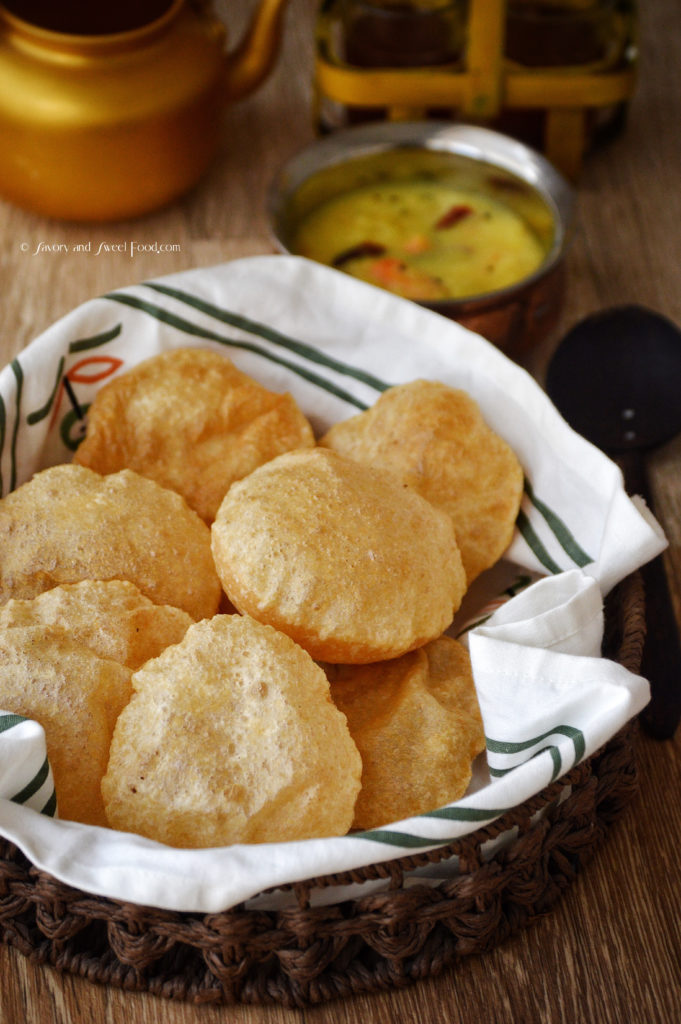 So I am finally posting the recipe here. But there are some tips you have to follow.
INGREDIENTS:
NOTES:
DIRECTIONS: 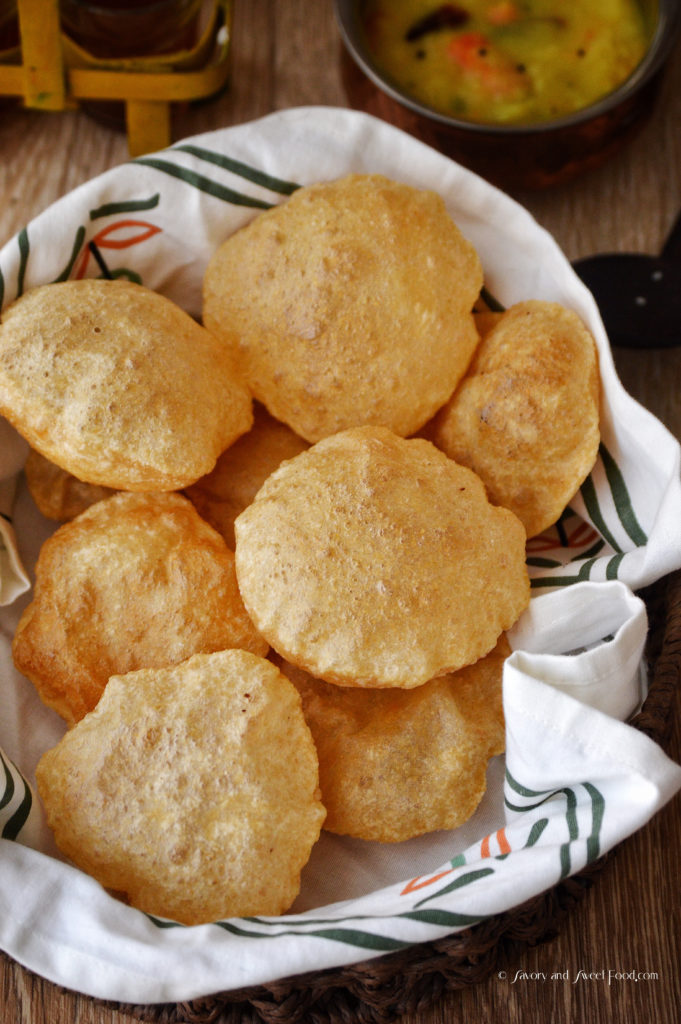 This site uses Akismet to reduce spam. Learn how your comment data is processed.

Hello, Welcome to my site! I’m Sadia Mohamed…the cook, the writer and the lensman behind savory and sweet food. Come join me in my culinary adventures. Hope you all will enjoy reading my blog and trying out new recipes. Thank you for taking the time out to check out my little space here and hope you will come back again.

Savory and Sweet Food on Social 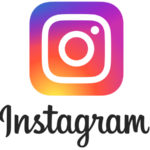